The main innovations come from the engine, which has returned to the new Euro 4 standard, giving the naked (S 1000 R) a few more horses.

Three new types of driving have been introduced: Rain, Sport and Race as well as DTC traction control with inclined position sensor and precision adjustable on a scale from 1 to 7.

The configurable Pit-Lane-Limiter allows you to respect the maximum speed in the pit lane.

A new component of the "Driving mode Pro" option is ABS Pro, which is able to avoid blocking the wheels even when the brake is activated quickly, reducing sudden changes in steering force, especially in emergency braking, and so the risk of lifting the motorcycle.

The RR is always available in red / white / black and white / blue liveries, but the two colors have a different graphic and are now completed by a red line on the rims.

New is the black / gray color that gives the vehicle an aggressive and elegant note, much appreciated by new BMW customers.

The new S 1000 R already includes in the standard version two driving modes and ASC (Automatic Stability Control): "Rain" and "Road", which allow you to adapt the bike to the conditions of the road surface. Dynamic Traction Control (DTC) can always be ordered as an option.

A novelty offered by the "Pro riding mode" option, which includes the two additional "Dynamic" and "User" riding modes, is the ABS Pro which works according to the inclined position of the bike.

The "Driving Modes Pro" package is completed by the Launch Control, which actively supports the rider in the starts, and by the programmable Pit-Lane-Limiter.

Finally, already in its standard version the new S 1000 R can be configured with the "inverted gearbox", with the first at the top and the ratios from the second to the sixth at the bottom, thanks to an additional seat near the gear lever for the linkage which allows you to make the change quickly.

The main component of the chassis of the new S 1000 R is always the double beam aluminum frame, made as a welded construction of four jet components and integrated in the four cylinders in line as a load-bearing element.

In the new S 1000 R, however, the chassis was equipped with a new, lighter rear section.

As part of the review, the entire architecture has been optimized in terms of rigidity and flexibility; In addition, the driver's footboards have been redesigned, including the brake and shift levers.

For further optimization of the motorcycle, BMW offers HP forged wheels as an option, which compared to the standard wheels offer a weight reduction of 2.4 kg.

As in the past, the instrumentation is composed of a liquid crystal display combined with an analogue tachometer, which displays numerous information, from the indication of the gear engaged up to the driving mode and the lap-time recording.

Asymmetrical headlamps with a large central air intake still dominate the front of the bike, but the sporty look has been enhanced by new tighter lines, especially in the front section and in the side fairing.

As on the naked, the engine of the new S 1000 XR also has some modifications that make it Euro 4 approved and bring the maximum power from 160 to 165 HP. On the new S 1000 R we also find lighter insulating elements on the handlebar, installed to dampen vibrations more effectively.

The total permissible weight then went up by 10 kilograms (from 434 to 444 kilograms), so as to allow the pilot to load a few extra bags. 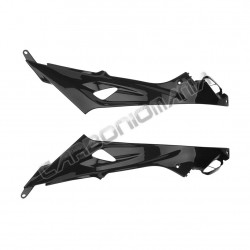 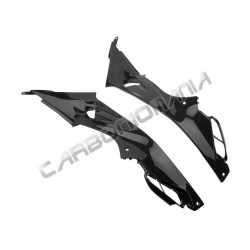 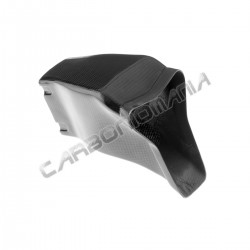 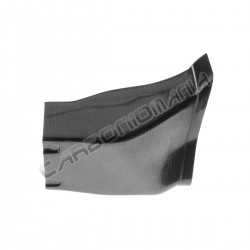 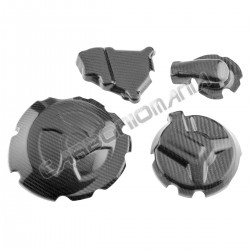 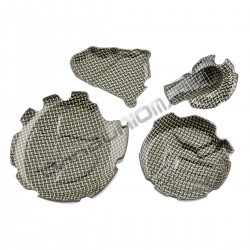 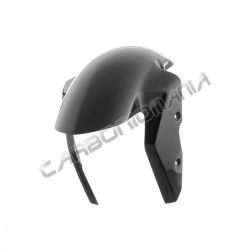 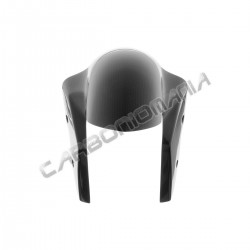